You’ve likely heard the term “things always seem to come full circle.” Or, “I needed to get back to my roots.” Both thoughts, one way or another, leading us to an earlier time in life and perhaps even a more memorable one.”

I grew up in the country fishing ponds, creeks and small waters. I wasn't to particular then about the catch on the end of my string.

My grandfather, a part time guide when I was around, would say that I got the bug for the tug very early in life. It really didn’t matter what kind of finned beast produced the tug but by age 8-10 it was definitely the Bass that released the adrenaline and held my first loyalty.

My first trip with dad at age 11 to Reelfoot Lake produced the addictive aroma of boat docks and bait shops (I’ve been hooked on the fragrance ever since), a guide named Sharky, large pad fields, Johnson Silver Minnows, top water explosions and a 6 pound behemoth on an old bamboo spinning rod. It was - a Bass.

In high school I was fishing local lakes after school and on weekends. After my senior graduation I and a friend headed off with a pop up camper, a 5 hp Johnson motor and an old 12 foot aluminum boat to north central Arkansas and the crystal clear waters of Lake Norfork mostly because Virgil Ward said we should on his TV Fishing Show.

After two days of fishing Lake Norfork in that late August Arkansas heat my friend and I had caught - zero Bass.

Frustrated that I couldn’t seem to find even one Bass I finally quizzed the bait shack owner for his recommendation. "Ole Tight Lips" we nicknamed him. He gave us a tip, with very few words. Words that I’ll never forget: “fish deep/ at night / Bidwell point / at river / rocks / blue worm.” It was like Morse Code. Go figure!

A few words that proved to be perhaps my most valuable lesson in Bass fishing. Armed with fifty foot of rope, half of an old cinder block we had found and a handful of blue rubber worms from the bait shack we set off that evening in the boat for Bidwell point and deep water.

The fog rolled in about midnight. I could barely see my buddy in the back of the boat. We had had no nibbles, hits or bites except for the buzzing kind. With a flashlight growing dimmer by the minute and mosquito whelps already the size of silver dollars I threaded another rubber worm on the old hair jig I had found buried somewhere deep in the interior of my rusty tackle box. No lead sinker, split shot or even a swivel sinker to be found. The jig would have to do.

Looking through the fog and locating the lights on the far shore I made yet another cast to the North west and let the worm fall the 30’ to the bottom. The countdown to the bottom was usually about 13 and I was already at 15-16-17... I must have cast a little further out or maybe off just a bit and into the river. I pulled back and was hung up....

A few hours earlier we had motored out on a straight line from the point to the south west where the guy at the boat ramp told us the river would be. So with the rock in tow we found the river edge drop off at 30-34 feet. We anchored in roughly 27’ according to our rope markings and began casting toward the river.

What ever I was hung on was suddenly moving and the line in the spin cast reel was moving with it. The drag was, thankfully, not holding and the rod was near shaped like a horseshoe with the anchor, that hadn’t been moved in hours, now HUNG solidly on something. I suspected it was the rocks I had felt earlier with the lead head jig when casting in the direction of the anchor. So we couldn’t, quickly anyway, move the boat and it was all about to end right there when the line went slack. “He’s off...he’s gone...whatever the beast was we will never know but d@!n I’m hung up now for sure ... no, it’s moving again, the tug, he’s still on.” Five minutes later The Foggy Night Beast of Bidwell Point was in the cooler and I was still shaking, scratching and shouting "cut the rope." We quickly headed to camp with the great finned beast!

Now fifty years later it’s no different except our tools are light years better. Sonar (several), Down, Side, 360, Live View, Panoptix, Aqua-Vu, Braid, Fluorocarbon, Spot Lock and Tungsten all for the better to explore, position and feel.

It was my basic entry into learning something about a body of water, understanding structure, migration routes, etc and how to interpret the fishery which brings me Back to Bass and their habitat. I love catching bass but I’ve always enjoyed finding them and figuring out where they live and eat just as much if not more! During my tournament years of the 70’s that was standard procedure with lakes across the Midwest, the South and southeast.

I took a break from fishing in the 80’s and went back at it with my son in the 90’s. Then came numerous trips to the great bass lakes of Mexico in the late 90’s with a lodge on one from 2005-2010. That along with fishing Brazil for Peacock Bass and other South American destinations for other exotics for the last 16 years Fishing the America’s been great and a blessing basket full of big fish! 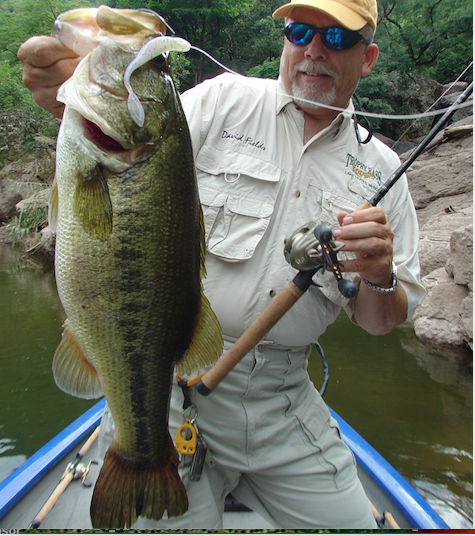 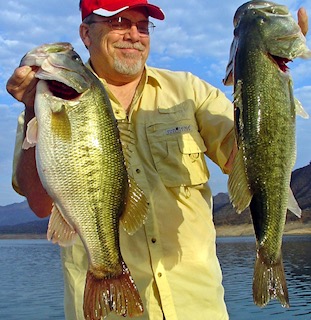 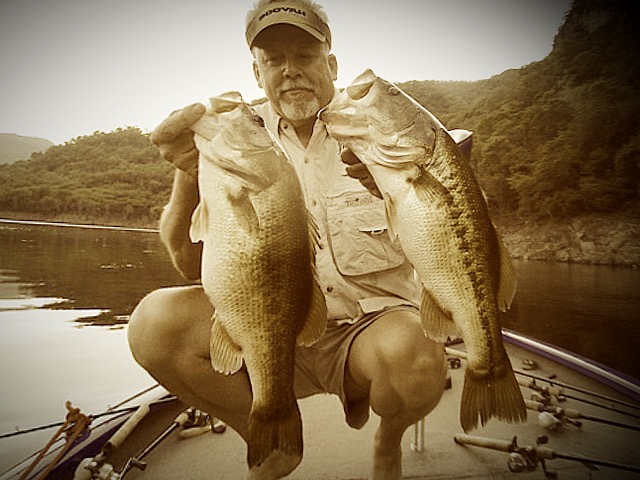 But since the relocation now to Central Florida and the infamous Bass Lakes of Florida it has me - Back to Bass and working to figure out a few of the multitude of fisheries available here.

It doesn't mean we're finished with Peacocks and other South American exotics. But with access to the Harris Chain 10 minutes away; Toho, Rodman, Orange and The St. John’s an hour away and with Stick Marsh and the New Headwaters 2.5 hours away, I'll be busy for a good while here! Certainly while the Pandemic continues. 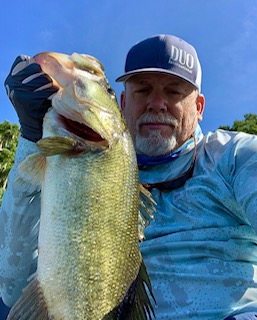 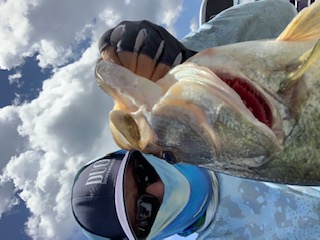 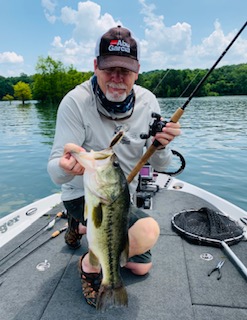 Once again I'll try to pick up the digital pen a little more often as I get Back to Bass and I hope you’ll check back often.