In the sport fishing world there are friends, corporate friends and industry associates. Then those that rightly deserve the moniker "old sage." I have one who fits all of the categories. Quite well I might add. Over the years I would make it a priority to look him up at ICAST. On one trip to Costa Rica, his home base, we would finally connect there, as well.

I can't say we have done much business together. A little, but it really doesn't matter. I still look him up. I just hugely respect this guy. For what he has accomplished in life; for his love of the Eco Systems of this world and his love for sport fishing.

Many consider him a mentor. I'm blessed to be included.

Todd Staley and I on the pier at Crocodile Bay, CR

I'm sure you will enjoy this from Todd.

I have always made it a habit, especially when I travel in the ‘third world’, to seek out the oldest person I can find and start up a conversation. I have found that is how I can get the true flavor of an area. One example of this insight was when my boss at the time, many years ago, kept a boat in Havana, Cuba.

Being a huge fan of Ernest Hemingway, I had to visit Cojimar in Cuba where Hemingway kept his boat, the Pilar. I was standing in the restaurant La Terraza, one of Hemingway’s hangouts, admiring all the old photos from his era. It was before the lunch crowd and the bartender fixed me a mojito while striking up a conversation. He asked if I was a fisherman, and said he remembered Hemingway from when he was a small boy. We chatted about old fishermen and the marlin they caught from their small skiffs.

The bartender then told me that Gregorio Fuentes, Hemingway’s captain only lives a block and a half from the restaurant. If I wanted to meet him I could just go to the corner, turn right and I would see a small celeste blue house with yellow trim. He said, “Just knock on the door, Gregorio won’t mind”.

I did and to my surprise, I was invited inside. We sat and talked about fishing, Hemingway, and how he lived to be 100 years old. I stayed for about 30 minutes. For the next two years, my job put me in Cuba once or twice a month. Each time I went and saw Gregorio, usually staying around an hour for each visit. My last visit was in 1998 just before I moved to Puerto Jimenez to establish Crocodile Bay with Robin Williams.

In the later part of 1998, I was in Golfito, Costa Rica checking on what services were available there to support our fishing operation. I saw a small hand-baited sign that said ‘bait’, and of course, I wandered inside. There I met Norton, a man in his 80´s, who moved to Golfito from the Caribbean when he was 10.

He started telling me stories about the Golfo Dulce, the future home of Crocodile Bay. He said as a young man no-one knew the ocean. They never left the gulf, yet they caught marlin, sailfish, dorado, tuna, giant cubera snapper, and huge tiger sharks. At Rio Esquinas he caught snook that were up to 80lbs.

I thought to myself, wow, this guy’s stories have more stretch than monofilament fishing line! Now, twenty years later, I believe every word he said.

While Covid-19 has made prisoners of many of us, nature is having a free for all. Jaguars have been seen freely roaming the beach near Crocodile Bay Resort on the Pacific Coast of Costa Rica in the middle of the day. 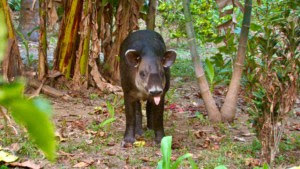 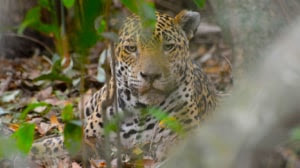 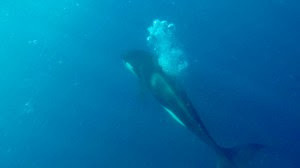 Deer walked the beach in Manuel Antonio, the most visited National Park in the country, tapirs are wandering out of the deep jungle, and wild pigs have been observed walking the beach in Puerto Jimenez. Fish are no exception, and the ocean is no different.

Sailfish have been caught as far inside the Golfo Dulce as you can go. A black marlin was taken inside the gulf and also several dorados and yellowfin tuna. The few private boats going outside are seeing lots of tuna, marlin and raising double-digit sailfish. Probably it’s a combination of most restaurants closed in the country, the commercial fishing pressure is next to nil, and an El Nina is present that has cooled the water down making for happy fish. In my entire life, I have never passed so much time without being on the water. When the country opens up, it is going to be crazy out there. What a great lesson in how nature rebounds as our daily activities are limited.

Orcas have entered the gulf for a pass-through. I have seen them near shore before, but never in the Golfo Dulce. A small humpback visited the Coast Guard dock in Caldera. Acres of tuna are cruising a couple of miles off the beach. And the most surprising is the number of sailfish that are still around. They usually migrate out by now.

We are taking advantage of the downtime to revamp the pier and work on the other projects around the hotel. I usually do not go out on a limb when it comes to predicting fishing here at Crocodile Bay, as I generally share historical data to get an idea of what might be…but we will be ready when you are.

I am excited for positive things to happen now that Costa Rica has started the process of reopening for tourists. Among the first countries welcomed back are the EU, UK and Canada, with new countries to be reviewed and added every two weeks.  I am always excited for people to visit this area and fish, but this year it is going to be epic out on the water.  Makes me want to fish full time again.

Todd Staley is fishing director of Crocodile Bay Resort and